How To Be A Positive Influence On Body Image 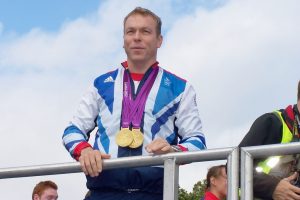 Last week you may have seen my rant on FB against Sir Chris Hoy’s insensitive remarks about MAMILs (Middle-Aged Men In Lycra).   I was outraged that Sir Chris, a great role model for sport, could be so crass.  How dare he criticise people who were trying to lead a more active lifestyle?

However, before I get overheated again, as the T-shirt I’m wearing is non-wicking, I should say that he redeemed himself 24 hours later! Sir Chris put his bike into reverse and admitted that his words were harsh. Thanks, Sir Chris, you went back up in my estimations for that!

Body image hits the news stories almost every day. This week seems to have seen particular frenzy but they all have all have a worrying theme. It seems like we’re spending a lot of time worrying about what we look like and obsessing over unhealthy body images.

Consequently Sir Chris’s comments prompted me to share some of this week’s stories, as I want to reflect on some of the issues.

First of all I’d like to say that anyone calling out anyone for what they are wearing when they are exercising needs squashing fast!

These ‘Lycra Shamers’ need to think about what it’s taken that person to get into the gym, out running/training or in to the swimming pool. Consider how self-conscious they might be feeling about showing their bodies to strangers.

Gyms can be intimidating places apart from anything else many of them have walls full of mirrors. While these are not actually for self-adulation, they can add to any feelings of being self-conscious when you’re working out.

How people feel about the way they look in gym clothing does sometimes prevent them from exercising or scares them off from regular attendance. Instead let’s be inclusive and encouraging.

You Must Talk To Your Sons About Body Image

I’ve seen at least two articles this week about the alarming growth in muscle dysmorphia among teenage boys. It’s the male equivalent of size 0 where adolescents and Millennials are striving for the perfect ripped effect.

The concerns are that this is leading to a culture of gym obsession, overtraining, and an unhealthy relationship with food. Again this is about tipping points and what is a normal relationship with eating well and exercising to what becomes a emotional and physical health risk.

A friend commented on a post I’d shared on FB. One of her sons is a normal healthy looking boy who is panicking that he’s fat. As she said it’s such a difficult tightrope to walk for children and parents supporting them. 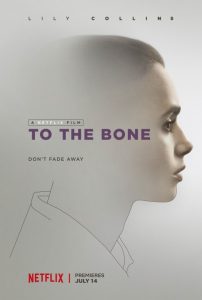 Don’t Talk About Diets In Front Of Your Daughters

This story dominated the front page of the Evening Standard on Wednesday.

Deputy Headmistress Fionnuala Kennedy was compelled to write to parents of pupils at Wimbledon High School after watching ‘To The Bone’ (Netflix Drama). To The Bone, according to critics, glamorizes anorexia.

Ms Kennedy was horrified that teenage girls would watch this drama over the holidays and use social media to discuss the points it raised.

Consequently she also used her letter to parents to stress the pressures faced by young girls in regard to their bodies.

She urged parents to act as positive role models.  Furthermore her advice was that parents constantly talking about dieting or following a restrictive diet were not acting in the best interests of their daughters.

Pink Packs A Punch With VMA Speech To Her Daughter

Pop singer and crusader Pink used her acceptance of the Michael Jackson Video Vanguard Award this week to communicate a powerful message about positive body image.

Pink relayed a conversation with her six-year old daughter who had told her apropos of nothing “I’m the ugliest girl I know. I look like a boy with long hair!”

Images of Slim Women Distort Our Perception Of Body Image

We are continually bombarded with images of extremely slim or underweight women by mass media.

This is having a negative impact on women’s health according to researchers at the University of Neuchâtel, Switzerland.

The researchers claim that looking at images of slim women for just 15 minutes changes our perception of the ideal female body.

So does this show that if we were exposed to less ‘thinspo’ and a more achievable body image that we’d have less eating disorders and negative body image. I suspect that the media has an influence on women who are already vulnerable – I don’t subscribe to a theory that we become anorexic or depressed simply by looking at images.

So What Does All This Mean?

Good question! My own views are:

Now it’s over to you. Please share your thoughts and views on this. Do you agree with my comments? If not what are your views? How can we improve our perception of ourselves without obsessing about body image?