How To Get Over Fat Shaming Right Now

Fat Shaming will not help cure the Obesity Crisis.   We need to remove the social stigma associated with obesity.  We’ve proven that making it easier for people to talk about stigmatized health conditions is enormously beneficial.  But we still have the barrier to break down in terms of obesity.  This week is National Obesity Awareness Week in the UK.  Hence I’m debunking some of the myths associated with the attitude towards obesity. 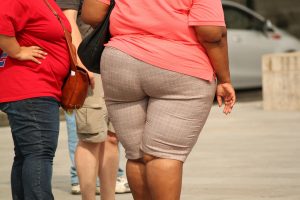 I despise any kind of body shaming whether it’s fat shaming or skinny shaming.  It’s bullying and downright harmful.

Fat shaming someone who is obese is unlikely to encourage anyone to change their lifestyle.   People who respond positively to being shamed are relatively uncommon.  If you doubt this my recommended reading is Gretchen Rubin – The Four Tendencies.

Fat Shaming is more likely to reinforce their feelings of low self-esteem and may lead to more comfort eating.

I was overweight as a teenager and was bullied for it.  I’d been underweight until I was 6 years old and had a tonsillectomy.  My parents so overjoyed that I was at last enjoying food encouraged me to eat and eat.  While my own unhealthy relationship with food then later manifested itself as anorexia, this had nothing to do with being bullied for my weight.

It’s Just A Matter Of Calories In Versus Calories Out 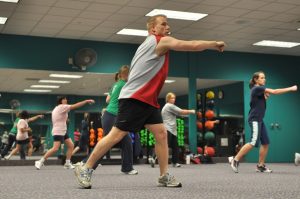 This is a more insidious attempt at fat shaming.  Implying that people merely need to eat less and stop being lazy.

Is this a cynical view or simply reality?  This week I read that McDonalds, Taco Bell and Wendy’s had spent $1Billion on advertising targeted at Black and Hispanic youth.  If this wasn’t bad enough  they’d all pledged to support healthier lifestyles to deprived groups.

Fat Shaming Is the Same As Skinny Shaming 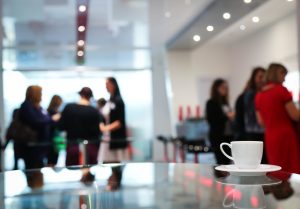 As above I don’t condone any form of body shaming.    But skinny shaming is not the same as fat shaming.  I have friends who are naturally petite and get upset when they are told – you must have an eating disorder.  But this is not the same as the every day discrimination and humiliation levied at obese people in every aspect of life.

Michael Hobbes – Huffington Post Highline Article ‘Everything you know about obesity is wrong’ . He cited how one reader told me that unsolicited diet advice from strangers feels overtly worse than direct comments about weight.   Another said she leaves the room when her colleagues start talking about their new diets.  This is because it’s only a matter of time before a woman smaller than her describes herself as “huge.” 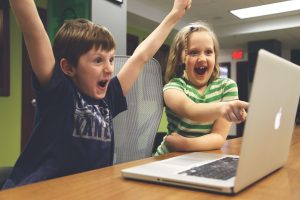 Interestingly a number of international studies looked at healthy eating and more activity within children.  They found that while the combination didn’t have a massive impact on weight academic results improved.

But we do need to educate and help children from an early age without creating issues regarding food.  My own mother was a habitual dieter.  She had a relationship with food that consisted of deprivation followed by indulgence.  She loved food but was on a diet whenever her weight crept up again.  Of course her body suffered.  Her disordered eating had, at the very least, a sub-conscious impact on my own relationship with food. 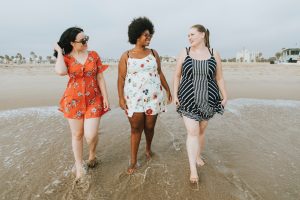 The outcry in October 2018 over Cosmopolitan’s Cover featuring Tess Halliday last year got the fat shaming brigade ranting and raving.    Led by Piers Morgan whose argument was that the cover made it acceptable to be obese.

Everyone deserves to feel positive about themselves.  Equally everyone should have access to education, information and support to lead a healthier lifestyle.

What we need to do is create a culture where fat discrimination is ostracized. People are encouraged to have a positive attitude towards their own bodies, which is fundamentally the aim of the body positivity movement.

We need to de-stigmatize obesity in the same way we’re creating a culture that allows us to talk about Mental Health.

Last summer an electrician visited my house and the conversation turned to photography. He shared with me his passion for photography and painting.  When I asked if he’d always enjoyed being creative he said he’d never tried it until he started to use it to help with his mental health.   How many complete strangers (particularly men) would have opened up like that even a year ago?

Obesity isn’t simply about physical health it’s equally about mental health and emotional wellbeing.   We have made fantastic progress with regard to mental health let’s replicate that with obesity.

Like to feel more confident about your body?  Why not take a look at my 3 top tips to be body positive by clicking on the link below.